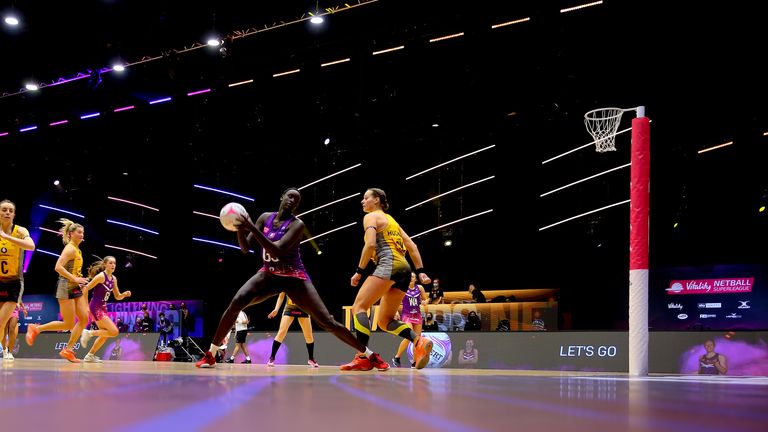 As netball prepares for its return to the Copper Box, Tamsin Greenway takes stock on the lessons the sport has to learn and the conversations it needs to be having right now as it prepares to build on a positive first half of the season despite the absence of fans…

I’m a firm believer in the fact that you’ve got to keep on moving the sport forwards, and anyone who knows me, knows that I just want the very best for the game.

The thing with netball is that it’s often playing catch up as opposed to being proactive. Now, the sport as a whole is in a position to be on the front foot.

I’m open to looking at netball’s progression happening in many different ways, whether that be rule changes or format changes.

This year, through COVID, the Superleague has moved into an environment where it had to be played in a central venue (two different ones for the whole season) and that meant that every game can be streamed live.

A lot has come out of that and now, netball can’t afford to take a backward step from the position it has got to. But, what does that mean for next season? There are many different routes the league can take, which are all open for debate, but ultimately, that’s the big question that needs answering.

I’d really like to think that England Netball and Superleague clubs are working incredibly hard on this; because it’s vital for the sport’s health within England. Discussions need to be had, and a really clear vision needs to be created, planned and shared.

The cost of sending six different camera crews and commentary teams to every home match around the country, each weekend, is just not going to happen. I know that people have said before that they can stream their own matches, but any product that works has to be on the same page; from how you announce teams to how you show the game, graphics, the presentation has to be a joint approach.

All of that matters… I know that die-hard fans will just want to see the netball, but if we genuinely want netball to gain more viewers and increase the fan base, which in turn produces greater commercial revenues, then all of those elements matter. You can’t have a product that’s disjointed. “I honestly think that centralised venues is the only way that netball is going to be able to continue to have every game streamed in that way that we want, with the slick product that we want.

“I genuinely don’t think that it can go back to a home-away fixture format, if we want to continue with the level of coverage we’ve had this year.”

Tamsin Greenway on the success of centralised venues

By having a central venue this year, every game in Wakefield has (and at the Copper Box will have) an exceptionally slick production behind it, look like elite sport and is available to a far wider audience.

However, there are certainly cons to having a central venue too, for example both Wakefield and East London aren’t very ‘central’.

When you look at the spread of the clubs across the country, you need to keep in mind that you’ve got some as far as Cardiff and Guildford, all the way up to Scotland. With that geographic spread, how do you pick a central venue that works for everybody? That’s proving very difficult.

Travel does have big implications for teams and coaches, because you have to also remember that a lot of people have other roles and jobs that they’re doing. So many will have to travel on a 9 -10 hour round trip and then go to work the next day. Netball is still paying the price for not being completely professional yet.

There are ways to look at this, though; you don’t just need one central venue, you could look at spreading it across maybe three venues. If you had a northern, midlands and southern venue and then couple that with double-headers and proactive thinking about the fixture list you could make it manageable for teams, players and fans.

Do we want Superleague to be a fully professional, totally commercially viable league that’s visible to all?

If that’s the goal in five years’ time then I’m just not sure that home and away matches, with 11 teams in the competition, is the right way of operating.

That’s where netball needs to be brutally honest and if we’re talking about what the league looks like next year, what direction it’s moving in, then we need to discuss the number of teams that are involved in that too.

What is netball’s long-term plan with regard to the number of franchises competing in it? What’s the end goal, and what’s important? If the best league in the world, the Suncorp can only operate on eight teams, are there lessons to be learned?

However, if Superleague’s plan is to include 11 teams for the next 10 years… how are they going to do that? What is the plan to ensure that every one of those teams have the commitment and funds to support their players to be the best athletes possible, to create a level-playing field so that the league is competitive and packs a punch? If the finances and the clubs’ plans don’t work and that can’t be done, then that number surely needs to be cut down? “There’s a huge opportunity for netball to shake things up for the better, but until someone can actually put down on paper what the direction is as a whole, netball is going to be stuck in no-mans’ land,”

There are clearly big cons for less teams in the league, existing fans and the pathway systems being two major concerns. However, this is where all of this links together, central venues and streaming change the ‘fan experience’ and our pathways should be covered in netball’s bigger plan of feeder leagues and the levels below our very elite.

With every game being streamed, there’s greater visibility than ever before and the chance for us all to be far more involved. Let’s be realistic, one of the reasons why every game couldn’t have been shown live before was the cost. 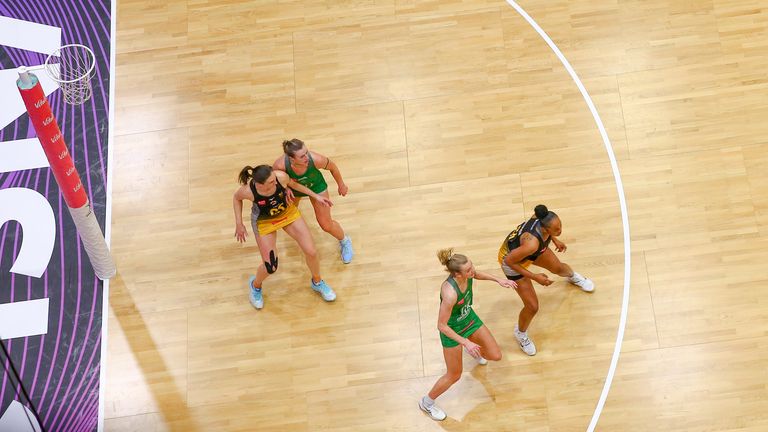 In the past we’ve had one game per week shown live on TV. This team is provided with the floor, that only shows a netball court, and their venue is set up to be ‘TV ready’. The reality is if we’re being really honest, some venues look far better than others, and without the floor don’t look great on TV at all.

There’s no doubt the central venues have solved this issue, but what does it look like for fans moving forwards if centralised venues are chosen?

I think the bigger picture here is looking at how netballers consume the game at the moment. The cold, hard reality is that most of the clubs are only averaging around 1,000 people at each of their games and some of the venues can’t physically go past 2000 spectators, so how does it grow? What is the target for home matches over the next five years, and do 5000 seater arenas even exist for us to grow in to?

If they don’t, then it comes back to central venues. And the question that needs to be looked at and thought about is how Superleague plays matches in these venues, but still engage with the regular fan who might not travel to every game?

Firstly, we’ve got to be really realistic about how our sport is viewed, and we don’t necessarily need to copy other sports, just because that’s how it’s always been done.

We know that netball always does well with big events. We’ve seen it with the Netball World Cup, Opening Weekends, England Test series… so if you do have central venues where people can plan ahead to go to these weekends, we can target further and wider why can’t they be full? Then, the rest is viewed on TV or online, which seems to be a really popular way of people consuming netball; that’s what we’re seeing from the numbers. Not everyone, watches it live on the day, but they do watch and they’re able to watch it after, at a time that suits them.

In an ideal world I would love every netball club in the country to have 10,000, never-miss a match, season ticket holders like in football, but I’m not sure that the sport can ever get there? But, what I can see is the netball selling out big events and netball thriving online with a different model that works for us.

I understand that it would be frustrating for some, those clubs with a large number of supporters already, but without the realistic growth in the short term I’d rather go with a different approach.

Since Super Cup began in 2000 we’ve had over 17 different clubs, and at least six different league formats, at some point we have to decide what the future looks like and stick to it. If central venues gives us every match shown every week and helps us financially move into professionalism then I’m all for it.

Sky Sports is your home of netball. The Vitality Netball Superleague continues on Sunday with Round 12 and four matches back-to-back streamed live on the Sky Sports YouTube channel from 12pm.