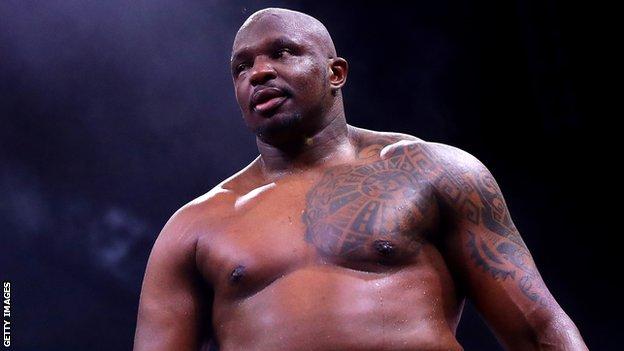 Dillian Whyte's rematch with Russian Alexander Povetkin has been put back three weeks to 27 March and will now take place in Gibraltar.

The 32-year-old heavyweight was set to face Povetkin at Wembley on 6 March, but travel restrictions due to the Covid-19 pandemic prompted the change.

Brixton's Whyte will be attempting to avenge his shock knockout defeat to Povetkin, 41, last summer.

Povetkin twice rose from the canvas to knock out Whyte in the fifth round.

The pair were originally due to fight again in November but the bout was postponed after Povetkin contracted coronavirus.

Promoter Eddie Hearn tweeted at the time that the Russian was "in hospital".

Announcing the new date, Hearn said: "In the current environment we are always having to think on our feet. We did everything to try and make 6 March happen, but with the new travel restrictions it was impossible.

"Now we have something outside the box, compelling, and a unique setting for one of the heavyweight fights of the year – roll on the Rumble on the Rock!"