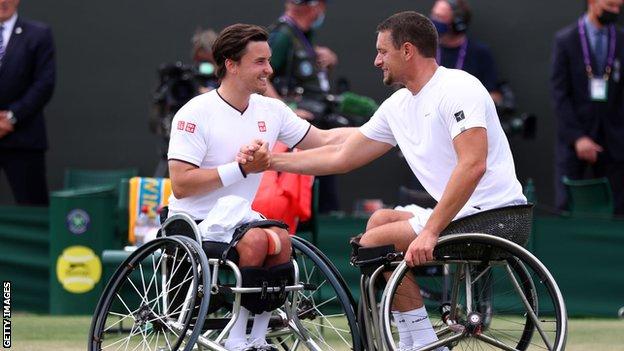 The Scot, 29, had trailed 4-1 in the second set before mounting a fightback to force a tie-break but Gerard was more consistent.

"It's a tough speech to make. Sometimes you have to say I lost to the better player," an emotional Reid said.

Reid had been chasing his second Wimbledon singles title after victory in 2016.

The women's wheelchair singles final will be between world number one Diede de Groot, from the Netherlands, and South Africa's Kgothatso Montjane.