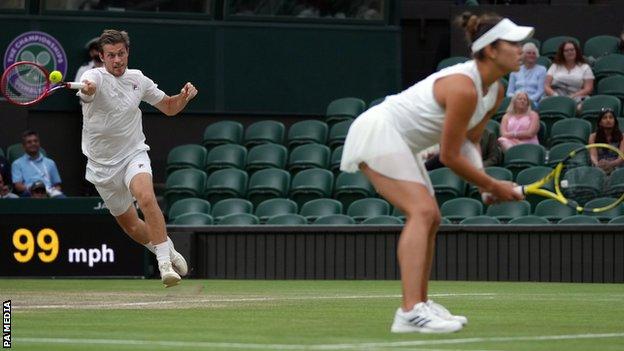 Neal Skupski and Desirae Krawczyk were the tournament's seventh seeds

They broke twice in the opening set, which only lasted 28 minutes.

Dart and Salisbury were two points away from taking it into a deciding set, before Skupski and Krawczyk dominated the second-set tie-break.

For Krawczyk, it was her second successive Grand Slam success after she and Salisbury won the French Open mixed doubles title in June.

Unseeded Dart and Salisbury were hoping to become the first all-British pair to win the mixed doubles event at Wimbledon since Jo Durie and Jeremy Bates did so in 1987.