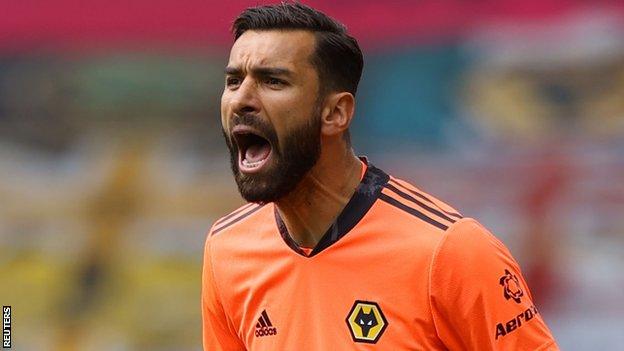 Wolves keeper Rui Patricio has completed a move to Roma, with the Premier League club set to bring in Olympiakos' Jose Sa as a replacement.

Although Wolves said Patricio's move was for an undisclosed fee,external-link it is understood Roma have paid £10m for the Portugal international.

Patricio, 33, has been almost an ever-present for the past three seasons.

Sa is another Portuguese keeper and joined Greek side Olympiakos from Porto, initially on loan, in 2018.

The 28-year-old has been cleared to join Wolves after Olympiakos reached an agreement with the Czech Republic keeper Tomas Vaclik.

Vaclik left Spanish side Sevilla at the end of last season.