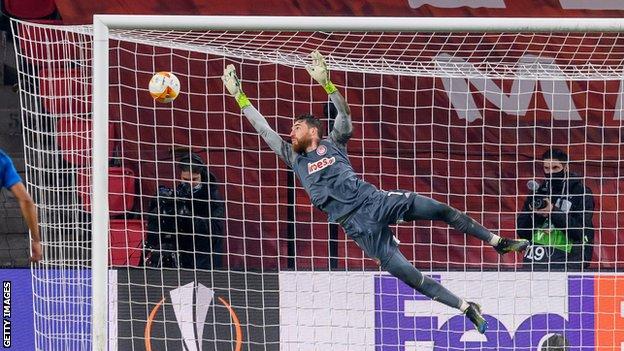 Sa kept 62 clean sheets in his three years at Olympiakos

Wolves have signed Portuguese goalkeeper Jose Sa from Olympiakos on a five-year deal for an undisclosed fee.

Sa is yet to earn his first senior cap but was part of the Portugal squad which won the inaugural Uefa Nations League in 2019.

The keeper did start for Olympiakos against Wolves in the first leg of their Europa League last-16 tie last season.