WXV will start in 2023 and will consist of 16 teams across three tiers; top three Six Nations teams will join three from Australia, Canada, New Zealand and the USA in top division; tournament will be played at one location in September-October window 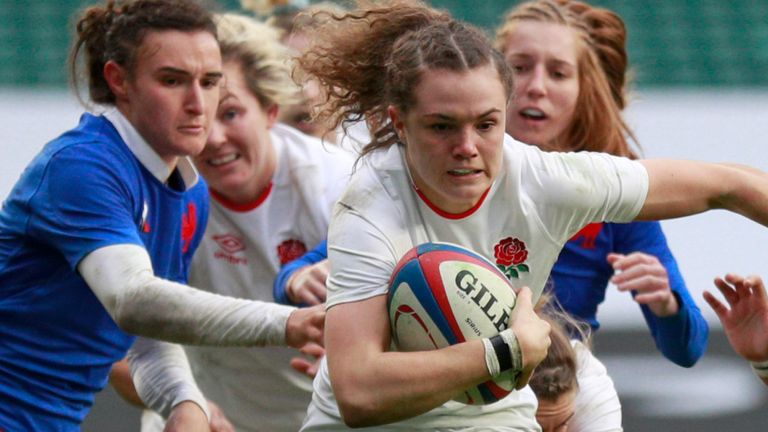 World Rugby has launched a new annual three-tier global women’s tournament as it seeks to create a competitive international landscape and grow the Rugby World Cup to 16 teams.

WXV will start in 2023 and has initially been supported by a £6.4m investment from the global governing body for the first two years.

It will be hosted in a September-October international competition window, except in a World Cup year, with all games played in one location which will be determined on a year-by-year basis.

“This is a landmark moment for the sport,” said World Rugby chairman Bill Beaumont.

“Today’s announcement of a new, global international 15s calendar will underpin the future success and accelerate the development of the women’s game.

“By establishing a unified international 15s calendar and introducing WXV we are creating a platform for the women’s international teams to compete in more consistent, competitive and sustainable competitions at regional and global level.” England rugby sevens star Heather Fisher spoke to Sky Sports News about living with alopecia, including being kicked out of female toilets and facing accusations of taking drugs

Entry into the competition will be via regional qualifiers. WXV 1, the top tier, will consist of six teams – the leading three sides from the Six Nations and the top three from a qualifier featuring Australia, Canada, New Zealand and USA.

There will initially be no relegation from this tier, with the finals tournament played in a single location.

WXV 2 will comprise the next two teams from the Six Nations, the fourth-placed team from the cross-regional tournament featuring Oceania and North American teams, and another side each from Oceania, Asia and Africa.

WXV 3 will be made up of four teams and include two more from Europe, one from Asia and the winners of an Africa-South America playoff. The top side will be promoted to WXV 2.

“This is an ambitious, long-term commitment to make the global game more competitive, to grow the women’s game and support the expansion of Rugby World Cup to 16 teams from 2025 and beyond,” said Beaumont.

The 2021 Rugby World Cup, which is being staged in New Zealand and features 12 teams, was postponed by a year due to the Covid-19 pandemic.