Red Roses pair Lark Davies and Claudia MacDonald have their sights set on a fourth Women’s Six Nations title for England in five years when they face France in Saturday’s final.

So far in the 2021 campaign – where the format was changed to two pools of three and straight to a final – England have seen off Scotland and Italy comfortably, though the players freely admit aspects to the team’s performances have not been at 100 per cent as yet.

France, meanwhile, have been equally as dominant, crushing Wales in Vannes and Ireland in Dublin to set up Saturday’s showpiece finale.

“This week our focus is massively going on to getting the performance we want in that final, but also getting the win as well,” hooker Davies told Sky Sports.

“For us, we need to progress each week and put out a better performance than the week before. That’s really important this week, but then we also have France away the week after. 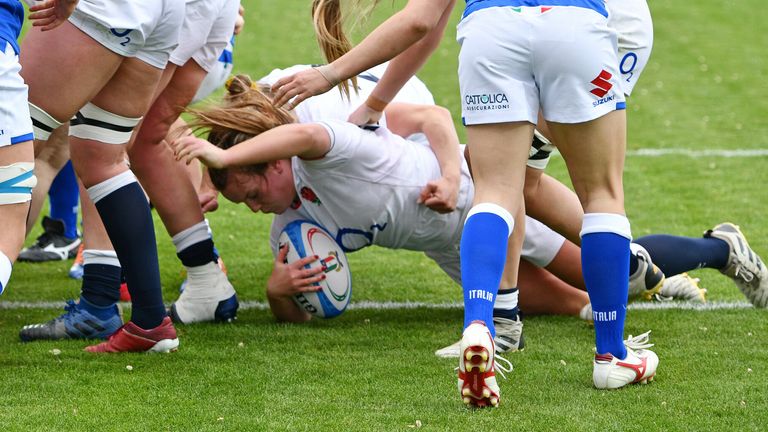 “I think there’s a number of reasons [a full 80-minute display hasn’t been put together], but it’s massively about consistency. We want to go in and put in an 80-minute performance.

“There are always going to be parts of the game where we might make a few mistakes but it’s how we react to them. That is a huge part of what we do.

“If we can go out and put in the performance we want to this week, that will come away with us making sure we get the win.

“But consistency is key in making sure we go in and start really hard this weekend.” Though the winning margins have been extremely large so far this championship for both England and France, invariably games between them have been tight.

Indeed, six of the last eight England vs France Tests have been settled by 10 points or less – five of those by six points or less.

Davies knows Saturday is sure to be a tough battle.

“Coming into this weekend, it’s going to be a massively physical game and it always comes down to the wire against France.

“You can see that in the last game we played them against Twickenham in November, where the clock was in the red and we had a penalty to take the points.

“It’s going to be an incredibly close game and a really competitive one and hopefully will have some incredible rugby for the fans at home to watch.” Davies has faced France many times before, and knows a tight and physical contest is forthcoming

Red Roses scrum-half MacDonald also spoke to media and Sky Sports this week, echoing many of the same thoughts as team-mate Davies.

“I think this tournament has been about us and building towards that 80-minute performance. And that includes the whole squad of 23,” MacDonald told Sky Sports.

“We’ve seen elements of it, where against Italy in the first half they had a lot of possession and it was really competitive but we finished the second half strongly, and then in reverse against Scotland we started really well but potentially tapered off towards the end.

“For us, we do come in with the aim of winning the tournament but also to continuously perform at a higher level in each game. 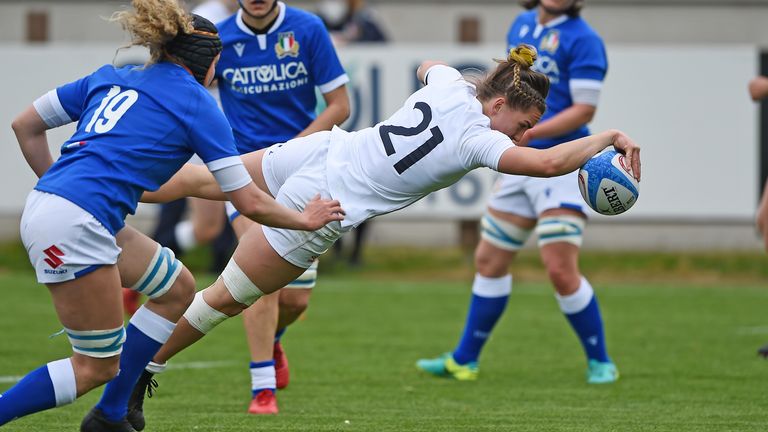 “If you fast-forward five or 10 years and look back, England or France will be known for winning the Six Nations in 2021 and that’s all.

“Look, it’s been different, but I think it has presented some opportunities, and to challenge ourselves against some really strong opposition.

“It looks different, but at the end of the day it’s a Six Nations and it’s still great to get on the pitch and play.”