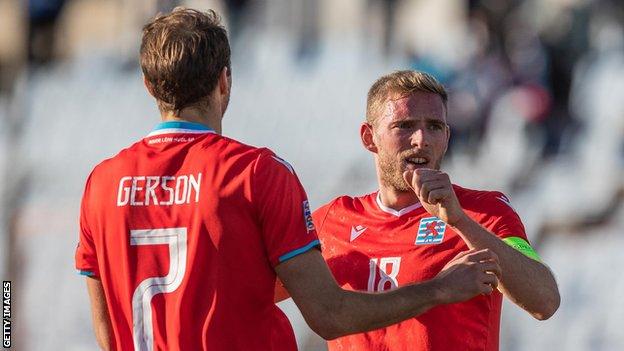 Luxembourg boss Luc Holtz has insisted his players do not fear the Republic of Ireland as they prepare to face Stephen Kenny's struggling side in Saturday's World Cup qualifier in Dublin.

That campaign included a home win over Cyprus and away victory in Montenegro.

"We have great respect for the Irish team. We have respect, but we have no fear for tomorrow," said Holtz.

"We know that we have made a lot of progress in recent years so the confidence is OK.

Ireland launched their campaign with a 3-2 defeat in Serbia on Wednesday evening with Holtz's side going down 1-0 to World Cup hosts Qatar in Hungary in a friendly on the same night.

In addition, defender Chris Phillips has previously played for Legia Warsaw and French club Metz although Holtz's resources are reduced by the absence through injury of US-born Karlsruhe defender Dirk Carlson.

However, the Luxembourg boss has plenty of experience at his disposal with Belgian-based Jans having made 73 international appearances and Racing Santander centre-back Lars Krogh Gerson an 83-cap veteran. 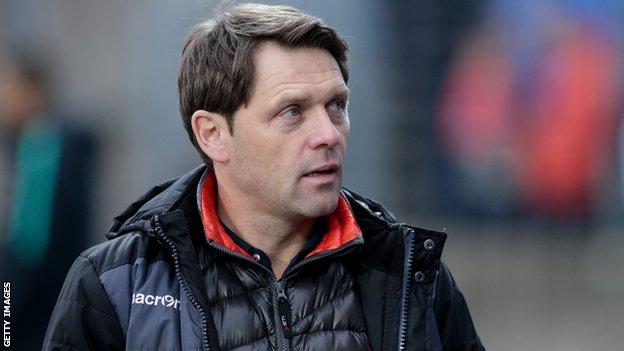 With Stephen Kenny still searching for his first win as boss after nine games in charge, Holtz is fully aware that all the pressure will be on the home side.

"They were maybe not the favourites against Serbia, tomorrow Ireland are favourites.

"They are playing at home and we have to be mentally well prepared to enter into this fight for 95 minutes."

Victories over group winners Montenegro, Azerbaijan and Cyprus in the Nations League have edged Luxembourg away from the minnows tag they wore for many years but Holtz insists that he remains realistic about their aims for this Group A campaign.

"We know that we have very tough teams in our group – Portugal, we don't need to speak about it, they are one of the best teams in the world.

"Serbia are a very strong team at home; Azerbaijan, we should not underestimate them because they have made progress and also they're strong.

"And Ireland, of course, with their fighting spirit, they have top players, so we can't say we want to take a number of points, it's impossible."