World Netball’s president: “We are ensuring that we are keeping abreast of the critera that we can see play out in these Games and subsequent Games. We’ll be looking out for the opportunity, and when the opportunity arises, we’ll go for it in and very measured and considered way.” 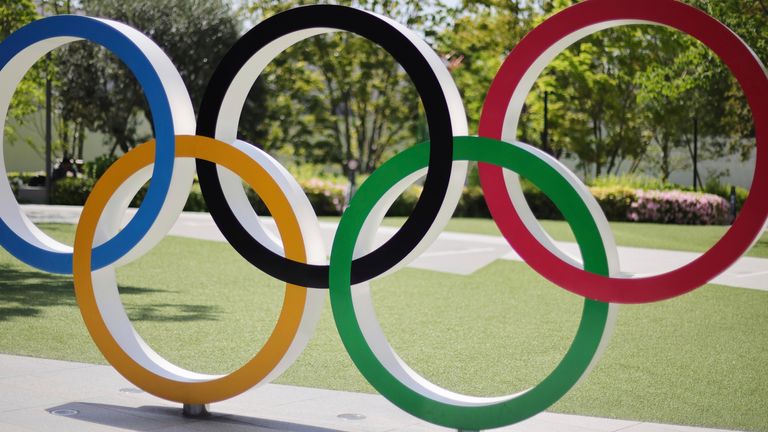 With the Tokyo Olympic Games starting this week, naturally all involved in netball will begin discussing the sport’s absence from the programme of events. Liz Nicholl, World Netball’s president, spoke to Sky Sports about their position on the Games and what steps might be taken in future.

On Wednesday, the first events of the postponed 2020 Olympic Games will start and for 19 days, the eyes of the sporting world will be fixed on Tokyo.

Of course, it will be an Olympic Games like no other, given the ongoing global pandemic, events being played behind closed doors and Tokyo being put into a ‘state of emergency’ for the duration. However, for netball fans, one thing will be familiar and that’s the sport’s absence from the schedule of events.

This time around, five new sports have been added to the programme in the form of baseball/softball, karate, skateboarding, sports climbing and surfing.

These sports were approved and announced by the International Olympic Committee (IOC) back in August 2016. At the time, it was said the decision made by the 129th IOC Session in Rio de Janeiro had brought about the “most comprehensive evolution” of the Olympic programme in modern history.

“We want to take sport to the youth,” Thomas Bach, the IOC president, said.

“With the many options that young people have, we cannot expect any more that they will come automatically to us. We have to go to them. “The five sports are an innovative combination of established and emerging, youth-focused events that are popular in Japan and will add to the legacy of the Tokyo Games.”

Throughout Olympic cycles, certain sports’ desire to be present and their dismay at missing out – like squash for example – have been well documented. When World Netball announced its rebrand and launched a strategic plan in early June, multi-sports games were called out within their ‘play’ pillar.

World Netball will grow, play and inspire at every level, as well as engage and excite through collaboration and sharing. We are committed to implementing our vision. We will work tirelessly to create a better world through netball.

World Netball’s pledge is to develop and deliver an International Event Strategy that showcases the very best of the sport to more people, more often. The strategic plan then continues to say there will be a ‘clear and credible position’ on multi-sports games, including the Olympic Games.

Nicholl, World Netball’s president, then spoke to Sky Sports about the meaning behind that statement.

“It’s too early to give any detail on this, but within our articles it’s included, a statement that we will explore and pursue the opportunity to be included in the Olympics in the future. So, we have a responsibility to pursue it, when that opportunity arises,” she said.

“We surveyed our members in ’99 as to how much of a priority this is, and it was overwhelmingly felt that it’s something that we ought to pursue when the opportunity presents itself.

“Now, the best opportunities are going to arise when the host nation for the Olympics is a strong netball nation, so we keep our eyes open for that.

World Netball’s Strategic Plan – To grow, to play, to inspire

“In the meantime, our members and our regions are working on inclusion in regional multi-sport games, so there are increasing opportunities there for us. The Commonwealth Games, as a multi-sport games, remains a top priority for us.”

There are many musings and theories as to why netball has not been included as part of an Olympic programme before. Some people suggest that perhaps it does not have a large enough global footprint, or that it does not have the same level of participation from a men’s and mixed perspective in every country that it is played. Nicholl spoke openly about the need to gain a greater understanding from the IOC around many of these areas of discussion.

“There are several things that we could have to consider here, one is the spread of our sport around the world and the strength of netball in every continent,” she said.

“We need to further increase our membership in the continents that aren’t as strong as others are, so we do need to further that spread. Our growth agenda will support that.

“The inclusion of men and boys, we will support that. We would need to understand the IOC’s perspective on whether a sport like netball could be balanced against a male sport, or whether, in fact, future sports will be included only if there’s a mixed element to them.

“Then, Fast5 could be a possibility if the opportunity arose in future to have a Fast5 women’s game and a Fast5 men’s game, so just like other sports are doing now with shorter versions of their main sport.

“We are ensuring that we are keeping abreast of the criteria that we can see play out in these Games and subsequent Games.”

Liz Nicholl about netball’s inclusion in the Olympic Games During this year’s Olympic Games, netball’s athletes and fans will mark a key milestone ahead of their next landmark competition and that’s one year to go before the 2022 Commonwealth Games in Birmingham.

On a home court, England will be the defending champions and head coach Jess Thirlby has already made it clear their ambition is to defend the gold medal they won in 2018 on the Gold Coast.

“We want sustainable wins year-on-year now; we don’t want that Commonwealth Games gold in 2018 to be a one-off in the history of England Netball,” Thirlby told Sky Sports.

“We want to look to win back to back and look to keep on doing it. It’s a weighty ambition, but it’s the right one to have.

“We have got a really competitive environment, we have got competition for places and upward pressure on those who have been in the system for a while; that’s everything that’s needed and that we need if we are going to be successful as a team.”