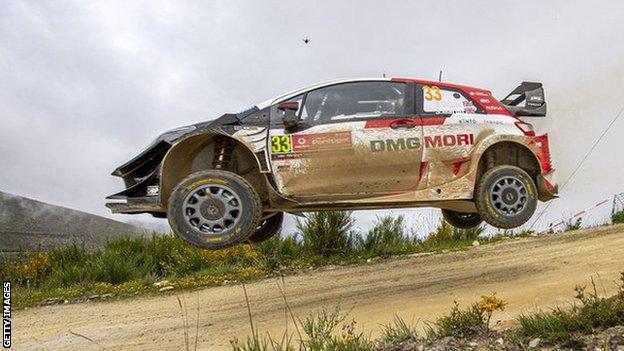 Elfyn Evans took the lead on day two of the Rally de Portugal as broken suspension forced out Ott Tanak.

The Estonian's mishap came late in the day.

Evans took his chance in Tanak's absence to lead by 10.7 seconds going into the final day with Dani Sordo second and championship leader Sebastian Ogier third.

Evans and co-driver Scott Martin are now level on points with Ogier in the title race after the first three rounds of the season.

They finished second at the Croatia Rally in April despite leading going into the final stage.

Villas-Boas' passion for the sport prompted him to enter the event in his home country and, while finishing almost 44mins behind Evans, he was 12th on the day in the third tier of the World Rally Championship.