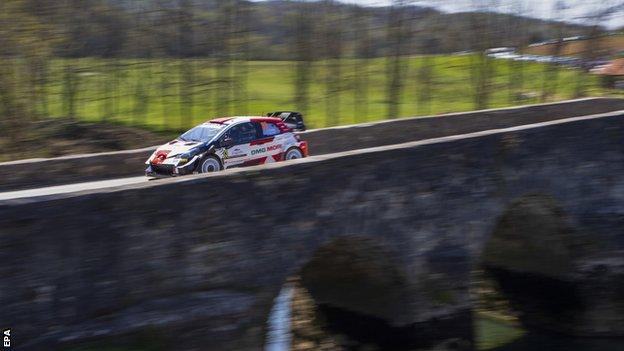 The Welshman held a 3.9 second lead over Ogier going into the power stage.

After three rounds of the World Rally Championship Evans is in third behind France's Ogier and Belgium's Neuville.

Evans had been error-free on the last stage until he bounced up on to the shoulder on the final curve.

"That last corner!" the Welshman said at the finish. "I just got on to the loose and completely missed the next corner. It wasn't all lost there, but I'd say a second was gone.

"That's a shame, but it was a big fight all weekend and hats off to Seb for the last stage."

Ogier, who narrowly beat Evans to last year's world title, leads the championship with 61 points, ahead of Neuville with 53 and Evans on 51.

The Welshman finished second in this year's opening round at Monte Carlo and was then fifth in the Arctic Rally Finland.

The next round on the 12-race schedule is the Rally de Portugal on 23-25 May.