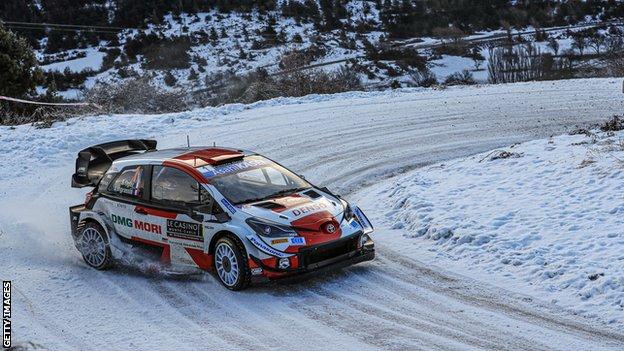 The Frenchman led by 13 seconds heading into day four and despite snow and ice he finished 32.6 seconds ahead.

Ogier's season is off to a perfect start as he won the power stage to add five bonus points to his maximum score.

"That's not a bad end to the weekend! The car has been amazing – it's been such a pleasure," Ogier said. "I almost have tears in my eyes and I think it was a good decision to do one more year."

Evans fears British leg of WRC will not return to Wales

Evans was also pleased with his start, despite having led by seven seconds after day two.

"There were some good stages, but never consistently where I'd really like to be. Perhaps we were just a little below the point you could call the level of risk."

All the goals, highlights and drama from Saturday's fourth-round ties are streaming now on BBC iPlayer
Source