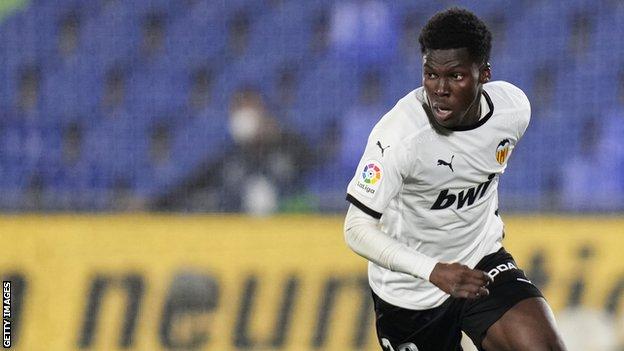 Valencia forward Yunus Musah has opted against playing for England and pledged his international future to the United States.

The 18-year-old captained England from under-15 to under-18 level, and was eligible to play for Italy – where he lived until he was nine – and Ghana, his country of descent.

Instead he chose the US, where he was born while his mother was on holiday.

"It was pretty clear for me to decide to play for the US," he said.

"First of all, I think it makes sense to represent the country I was born in. The moment I decided to play for the United States came one day when my heart told me that this was the best place for me."

Former Arsenal academy player Musah had already made his senior US debut in November, starting in a goalless draw with Wales, but as the game was not a competitive fixture he could still have chosen to commit to a different national team.

It has been a breakthrough season for Musah, who has started 15 of his 24 La Liga appearances since making his debut last September.

He is now in contention to win his first full US caps later this month, in the friendlies against Jamaica in Austria on 25 March and Northern Ireland in Belfast three days later.