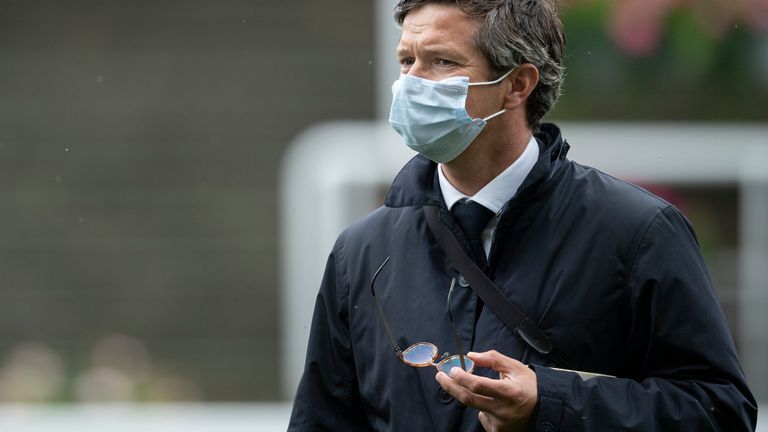 Zeyaadah puts her Classic credentials on the line in the Weatherbys ePassport Cheshire Oaks at Chester.

The Roger Varian-trained filly is currently a 20-1 chance for the Cazoo Oaks at Epsom next month, after winning all her three starts as a juvenile.

The form of her latest success in the Listed Montrose Stakes at Newmarket in October was given a timely boost when runner-up Mystery Angel won the Pretty Polly Stakes over the same course on Sunday.

“She won on heavy ground at Newmarket and had to grind it out to do so.

“She’s taken a bit of time to come to herself this spring. Roger himself said we’ll see her looking better than this, but she’s done enough to start.

“Obviously the Oaks is approaching. We need to see if she’s up to that class or not.”

Among Zeyaadah’s six opponents on Wednesday is Darlectable You – a full-sister to three-time Group One winner Too Darn Hot, who bids to get off the mark at her third attempt.

The daughter of Dar Re Mi, trained by John and Thady Gosden, finished second on her debut at Newcastle in December and was then collared close home when beaten a neck at Newbury on her reappearance last month.

“She ran well at Newbury first time out this year,” said Thady Gosden.

“When she hit the front she just got a bit lonely, as you would expect.

“They’ve obviously had plenty of rain at Chester, which she will hopefully be able to handle.

“It’s a good race. You’ve got Mark Johnston’s filly (Dubai Fountain), who was fourth in the Fillies’ Mile, and Roger Varian’s filly, who won the Montrose.

“It’s a tough race, but our filly is in good form and hopefully she’ll run well.”

Ryan Moore teams up with the Donnacha O’Brien-trained Nicest, who made a winning debut at Leopardstown in July and was fifth to Divinely in the Group Three Flame Of Tara Stakes at the Curragh on her only other start.

“Dubai Fountain is the obvious one to beat in here on her Fillies’ Mile fourth, and everything else has to step up considerably if she runs to that level,” Moore told Betfair.

“But there are some promising fillies against her, including the unbeaten but penalised Zeyaadah, and Nicest.

“Donnacha’s filly won a good maiden at Leopardstown on her debut and then shaped well in Group Three company next time, coming to win her race on the inner but possibly getting bogged down in the heavy ground.

“She has a great pedigree, being by American Pharaoh out of Chicquita, and this trip on hopefully a much better surface than the Curragh should suit her well.”

“Drawn one, hopefully he’s quick enough away from the gates to hold his position,” said Boughey.

“It would be a fast-enough five for him at Chester. If we can get forward I think he can run a very big race.

“He’s been to Bath, Wolverhampton and Brighton and is the most experienced horse in the race.

“He seems to have improved even in the weeks since his last run. We’d be hopeful of a big run.”

Moore is wary of a draw in stall five for his mount, the Richard Hannon-trained Armor.

The No Nay Never colt justified favouritism when making a winning debut at Doncaster last month.

“I know it was only a four-runner race, but he was professional and determined for me when winning over five furlongs on quick ground at Doncaster on his debut,” said Moore.

“Like a lot of yards I guess, the stable normally leave a lot to work on with their juveniles, so it was encouraging that he could get the job done at the first time of asking.

“We all know the score with the draw here, and the need to start quickly, and I could have got better than stall five, clearly.

“It will be different ground for him here, too.”