Viktor Hovland and Kristoffer Ventura share the lead with Scott Stallings and Brice Garnett at the Zurich Classic of New Orleans; Defending champions Jon Rahm and Ryan Palmer three off the pace – watch live throughout the week on Sky Sports Golf. 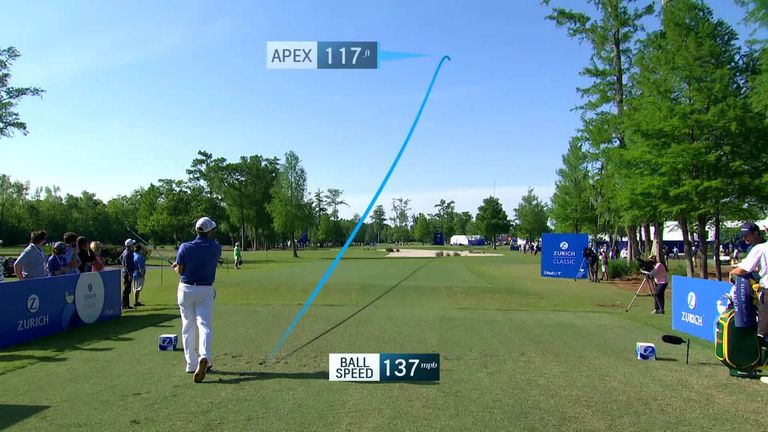 A look back at the best of the action from the opening day of the Zurich Classic of New Orleans, a team event on the PGA Tour.

Jon Rahm and Ryan Palmer made a solid start to their Zurich Classic of New Orleans title defence to get within three shots of the early lead at TPC Louisiana.

The 2019 champions carded an eagle and five birdies in the fourball format to post a combine seven-under 65 and sit in tied-16th, as Norwegian duo Viktor Hovland and Kristoffer Ventura shared top spot with American pair Scott Stallings and Brice Garnett.

Cameron Champ and Tony Finau are one of seven teams a shot off the pace, while Xander Schauffele and Patrick Cantlay are two behind are recovering from a slow start to between them birdie eight of their last 12 holes. 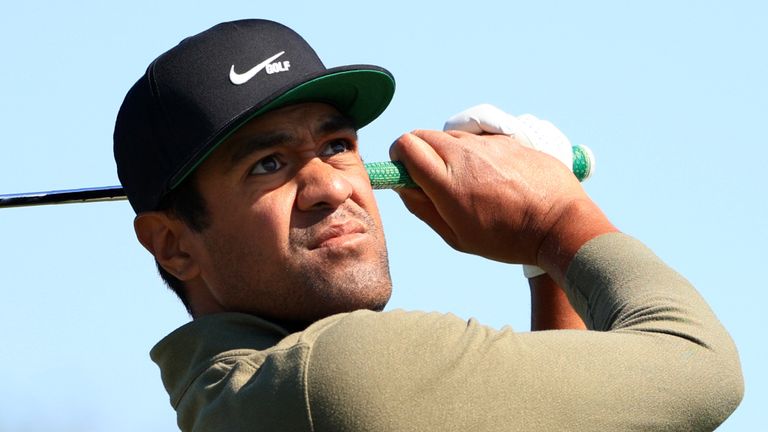 None of the 80 teams are over par after the opening day at TPC Louisiana, where players will play foursomes during the second round on Friday before playing another round of each format over the weekend.

Ventura registered seven of the ten birdies made between him and Hovland to set the clubhouse target, only for Garnett and Stallings to move alongside them with seven birdies in a nine-hole stretch. 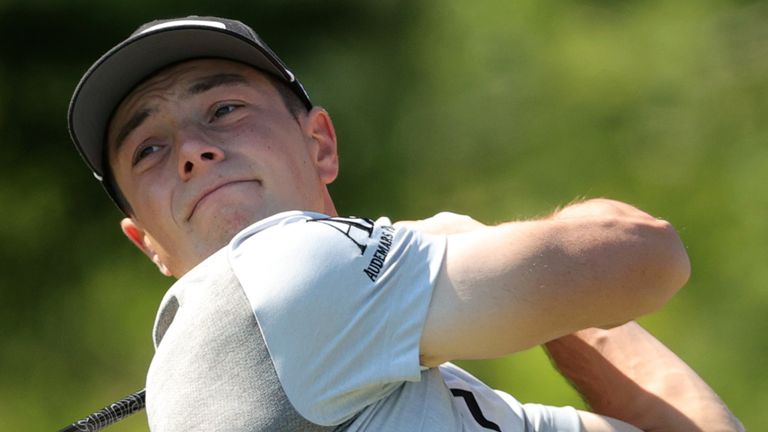 “We basically had two birdie chances on every single hole and towards the middle to back end of the round, Kris’s putter heated up,” Hovland said. “It was cool to watch. We just played really solid golf.”

Beginning on the back nine, Finau got up and down from the greenside bunker to take advantage of the par-five 11th and holed a 10-foot birdie at the 13th, as Champ made three birdies in a four-hole stretch from the 15th to see the pair turn in 31.

Finau drained a 20-footer at the first and Champ holed from a similar distance at the next, with the world No 12 then posting back-to-back gains from the seventh to move them within one of the lead.

Louis Oosthuizen’s pairing with Charl Schwartzel and Cameron Smith’s all-Australian team with Marc Leishman are both also in the group on nine under, while English duo Tyrrell Hatton and Danny Willett are three behind after joining forces to post a seven-under 65. 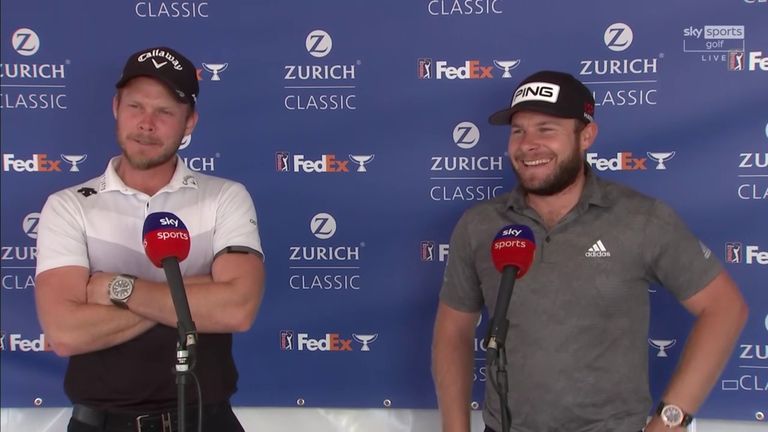 Danny Willett and Tyrrell Hatton reflect on an encouraging start to the Zurich Classic of New Orleans and answer a series of questions about themselves!

“I had the pars covered on most holes and he had the birdies covered,” Leishman said. “I was there on a couple holes when he made bogeys, and likewise, the holes I struggled on he was there. It was great to be playing with someone who’s got a hot putter and putting himself in good positions on pretty much every hole.”

A 40-foot eagle at the par-five last from Justin Rose lifted him and Henrik Stenson into the logjam on seven under, with Rahm draining a 40-foot birdie at the 14th and picking up a shot at the 18th to keep him and Palmer in touch with those at the top of the leaderboard.

Watch the Zurich Classic of New Orleans throughout the week on Sky Sports. Live coverage continues with Featured Groups from 2.15pm via the red button on Sky Sports Golf, ahead of full coverage from 8.30pm.